The Albeisa bottle was created towards the end of the 18th century by producers around Alba who, desiring a unique and recognizable bottle of their own, a “BOCG” for their own wines, requested it from the master glaziers of the renowned Vetrerie di Porino firm just outside the city of Turin. A new bottle which would satisfy their requirements. 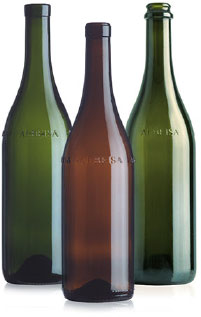 In this way, a hand-made bottle, produced piece by piece, was created, a bit similar to that of Bordeaux, a bit to a Burgundian bottle, but different from both the French bottles if similar in terms of diameter and height. Its use spread, the production zone grew, and the producers were happy to have a glass container which, up until that time, was a privilege of the nobility. The industrialization of glass production, which arrived shortly after, made the production and supplying of this bottle rather difficult, while new and large-scale plants all over Europe succeeded in guaranteeing forms which were more regular, robust, and affordable. And so, within a few decades, the original Albeisa bottle found increasingly less space on the market until it became lost amidst the pages of the history of its home zone. 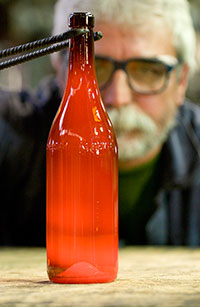 It was in 1973 that the “BOCG” of the Langhe area came back to life. Thanks to the foresight of 16 producers of wine, inspired by the visionary work of Renato Ratti, the ALBEISA bottle was reproduced and given formal production regulations through a precise Statute which never previously had been put into practice to govern and control the use of a container.

This innovation, unique in its kind, did not aim at reproducing an old bottle but rather that of tying it to a territory and regulate its use within the confines of that territory. The new 1973 version indicates its name in a clear and precise way through letters in relief on the glass repeated four times on the shoulder of the bottle in order to be seen from any viewpoint. Its use is governed by the “Association of Producers of Alba” which indicates how it can be utilized along with details on which appellation (DOC-DOCG) wines it can contain. A clear and direct tie to what the Langhe produces and the container in which the product moves all over the world, delighting the tables of all five continents.

A path undertaken in 1973 by 16 bold producers of wine which now groups together 300 member associates and close to 17 million bottles. An example of success and of farsightedness on the part of the producers of these splendid hillsides.